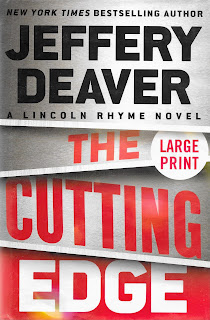 Firstly,  still on the Large Print selection at the library while my nose continues to heal to allow reading glasses to be lodged thereon.
Secondly, bravo Jeffery. You finally did a good Lincoln Rhyme story without the fine detail of forensic detective work other that the necessary. If you look below you can see that I clearly had reservations in the past, frustrations swirling as I took in shedloads of fine detail, minutiae really, that didn't really progress the story.

The story? Well, murders are committed, surprisingly, and clues are scattered about, we have a love story and we have District Attorneys who have their panties in a bunch, jealous of Linc's talent and conclusions and inevitably Linc prevails, but that isn't even a spoiler.
I admit that the final revelation was a complete surprise, but that was calculated too. Opened up the next Rhyme story neatly.
Read it.
Posted by Rex Fausett at 14:54 No comments: 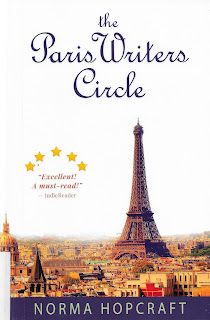 Some days I wonder what publishers are up to. Their standards on this book show signs of slippage.
It could have been an excellent book for the most part. It ws ruined by sloppy proof-reading and/or editing where words were spelled badly (such as baudy for bawdy), sentences were clumsily constructed and, most annoyingly, every French word was put in italics. Okay, maybe that would work sometimes but if any reader can't work out that some words are actually French without having it pointed out then Hopcraft is underestimating her audience. Even words such as boutique and cafe were italicised for Christ's sake.
The plot? Yeah, maybe it was okay when the distractions weren't glaring but the missing/saved girl was an obvious plot device I saw coming, as would everyone. I don't need to have every street between two points laid out.
Happy endings mostly.
Posted by Rex Fausett at 14:40 No comments: 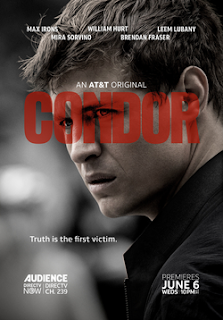 We just finished this series here. Had all the potential to be good but failed badly and continued to fail as the story progressed. Why? Too many characters that all looked like one of the other characters. A plethora of blondes and old white men, a couple of brunettes, one of them being a hired assassin who I think may have been traind by Mossad. Too many people, a lot of violence to start but no real explanation for the mass killing. Wikipedia had a good episode by episode summary and I wish I'd known about.
This large cast problem was also a big problem early on in The Blacklist, becoming clearer as some died and some moved on, but the story, any story, if a television series is to succeed, must always be reasonably clear. Yes, you can keep us in the dark on  some things but ultimately we need to understand why people are dying. We need to be able to tell the good guys from the bad guys and since they don't wear white and black hats any more we need good storytelling.
Posted by Rex Fausett at 20:27 No comments: 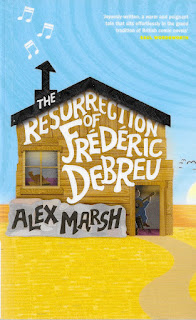 The tale of an Englishman who moves to France to search for his missing brother. He makes guitars and plays them and in the process discovers the music of Frederic Debreau, who enjoyed fame a few years back but is now largely forgotten except by the locals in Mailliot le Bois. Ted Prescott brings the music back to life and in the process gets his confidence back as he looks for acceptance by the locals, a sometimes difficult task in France. 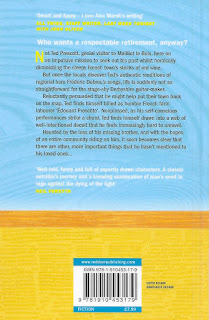 The locals see Ted as a good person but someone they can perhaps exploit. His intensity as he brings Debreau to life in the songs is well described. This is an excellent read - the plot's great and the detail of the countryside and village are vivid enough for you to be there.
Posted by Rex Fausett at 23:01 No comments: 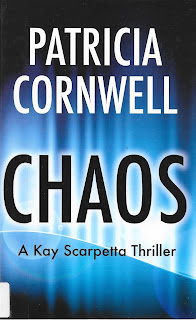 This one just about finishes me off for PC. The amount of piffling, irrelevant text is actually staggering. Could have been finished in 150 pages and been a reasonable story. The kicker was a killing drone using an element found only in meteorites. How's that for obscure?
I suspect Cornwell bases the life of Scarpetta on her own, given the fine detail of what gets eaten and drunk. She needs an editor really badly and her agent should be shot for not intervening.
See the comments on Goodreads also. A lot of negativity there. 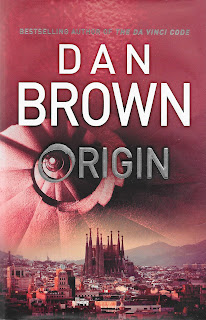 It probably doesn't matrer what I think about Dan Brown because everyone and his dog made pronouncements when this came out, just like they did for the others.
This is one where you have to pay attention to get the gist of what's being revealed/discussed/killed for. The foundation of humans and their need to form religions to justify their existence is the bottom line but I remember I wrote a few years back that a person (one I knew) could only justify his moral standards because he was a Christian, that if he wasn't a Christian he couldn't be moral. Brown says that too and it's a worry.
One of the atrtractions for Brown's stories is that they take place over a very short time frame and I don't have to imagine what Langdon looks like -he always looks like Tom Hanks.
This one is set in Spain and included in the settings is the Sagrada Familia in Barcelona. I've seen that, been inside and inspected it, and decided it was a monstrosity. We were convinced it was designed by Gaudi when he was pissed out of his tree one night in a cafe where he drew the outline on a wet serviette with a shaky hand holding a kohl pencil.
I enjoyed the read. Get it from the library.
Posted by Rex Fausett at 14:18 No comments:

Email ThisBlogThis!Share to TwitterShare to FacebookShare to Pinterest
THE DESTINY THIEF - RICHARD RUSSO 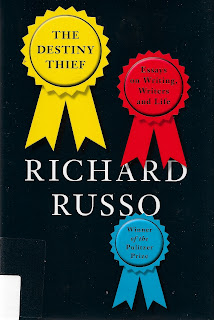 Some books are a pure pleasure to read and this is one of those. Everyone knows Russo for his past works, notably Empire Falls. My own favourite is Straight Man, one of the funniest books I've ever read. This is a series of long essays and eminently worth reading.
Posted by Rex Fausett at 14:03 No comments: